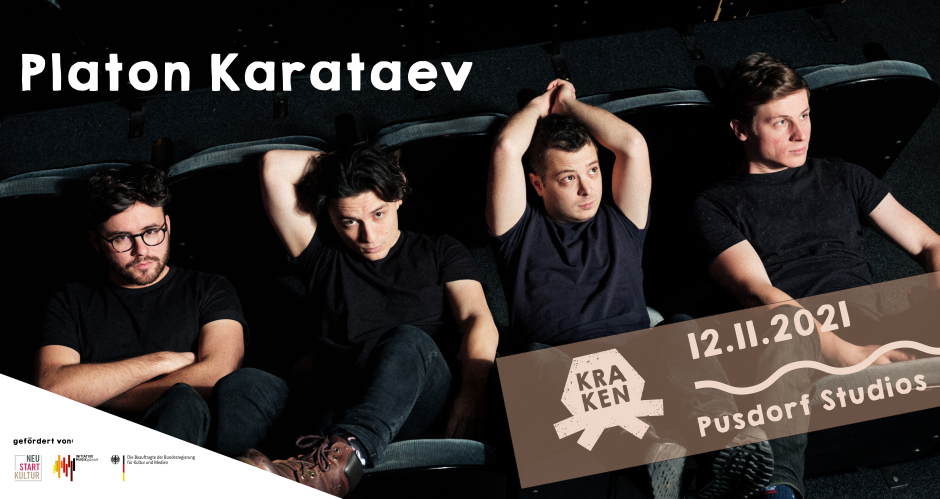 Platon Karataev, named after a Leo Tolstoy character, was formed in 2016. The Budapest-based band released Orange Nights EP in October 2016. Their first single, 'Elevator' received huge attention, it was ranked no. 4 on Spotify's German viral top50 playlist and it was among the tracks in the UK viral playlist, too. In 2017 their debut LP, For Her was released in three parts. The album not only received positive feedback from local critics but also brought along new international followers, which resulted in Platon Karataev becoming one of the most streamed Hungarian artists. Since 2017, For Her was streamed more than 5 million times on Spotify, mostly from the USA, the UK, and Germany. The band was selected as an INES#talent 2019. Within this programme, out of 3000 applicants, 100 emerging bands where chosen to perform at various European showcase festivals. Platon Karataev played at Zandari Festa, Liverpool Sound City, Reeperbahn, and Waves Vienna. In terms of local gigs, the band played at all major Hungarian festivals in summer 2019 (Sziget, VOLT, etc.) and also played a sold out gig at Budapest's main venue, Akvárium (1300 capacity). The band released their second LP, Atoms in June 2020, the LP reached 1 million streams in a month. With catharsis as a key element of the album, this record moved away from For Her's acoustic sound to a broader, heavier instrumentation.